Shingle Street is a small settlement on the edge of the beach at the mouth of the River Ore. It is a popular location for photography and is excellent at both sunrise and sunset. The continually shifting banks of shingle create some wonderful shapes along the coastline and are great for creating simplified images concentrating on shape and form. In early summer the beach is covered in flowers making a wonderful contrast to the vast expanse of shingle.

Photographing Shingle Street is a real delight. Nestling in the crook of Hollesley Bay, just below the entrance to the River Ore this isolated settlement consists of a row of white coastguard cottages, a Martello Tower and a few characterful houses. This is a wild and at first glance barren environment, its landscape shaped by the winds and tides. Constantly shifting hills of gravel form the boundary between the dwellings and the water offering some protection from the ravages of erosion. For the photographer Shingle Street has endless possibilities with habitats ranging from shingle beach to saltmarsh and mudflats to grazing marshland.

Shingle Street is a wildlife paradise, its remoteness adding to the sense of wilderness and the diversity of habitat contributing to the wide range of flora and fauna found here. Designated as a Site of Special Scientific Interest by Natural England the shingle here supports a large number of flowering plants including sea pea, yellow horned poppy, sea campion, vipers bugloss, sea kale and red valerian. In early summer these plants transform the foreshore from a barren wasteland to a vibrant, thriving sea of colour.

Shingle Street is a photographic location who’s success is built on the quality of light that is so often found here. In spring the weather can be changeable and with the dawn and dusk at more sociable hours a visit at the beginning or end of the day can yield many good images.

At low tide sand spits are revealed in the mouth of the River Ore and you will often catch seals resting here. The bird life is abundant and varied due to the different habitats and the shingle beach begins to come alive as the vegetation comes green again.

Look out for dinghies, winches and other nautical paraphernalia lying around on the beach which all adds good foreground interest.The autumn wildlife is worth looking out for as the geese begin to return and waders are plentiful in the creeks.

Summer is the busiest season at Shingle Street; many of the cottages are holiday homes and the area is popular with day trippers. However a visit at dawn or dusk when you have the beach to yourself is definitely worthwhile.

The flowers at this time of year are stunning; sea campions, thrift, yellow horned poppies and sea pea are common on the beach and make great foreground interest in any landscape or good subject matter in their own right.

Look out for the line of bleached white shells running across the beach. This ever changing piece of art has been here for at least five years and is an intriguing feature of the shingle shoreline. I have used it in many of my images of Shingle Street and find it fascinating to watch it grow and evolve.

Due to its coastal nature there is not the usual range of autumn colour on offer, never the less this is a great time to visit. The saltmarsh takes on a pinkish hue as the glassworts begin to die back and the tidal creeks are always worth exploring. I love to take a circular walk north along the shingle beach then inland following the tidal creek to the road and the grazing marsh beyond.

Winter is my favourite season at Shingle Street and is the one I feel best suits the location. The sense of isolation here can be great and can lead to some wonderful shots especially if the weather is stormy. At this time of year the shingle beach changes dramatically and huge mounds of gravel are either deposited or washed away on every tide.

If you would like to find out more about the area I have published a “Guide to Photographing the Suffolk Coast” which can be purchased below. 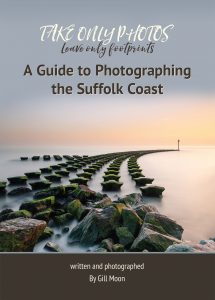 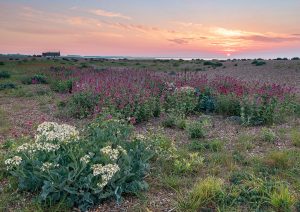 Red Valerian on the beach 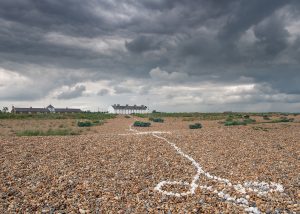 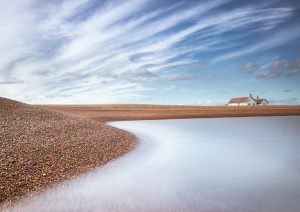 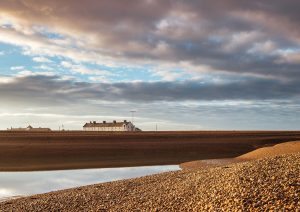 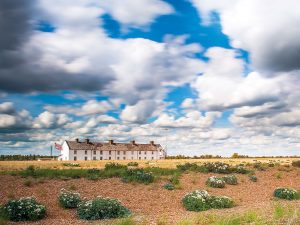 Summer on the beach 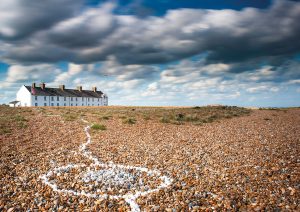 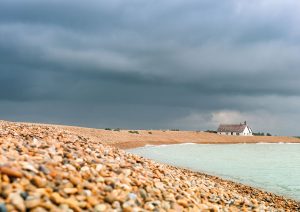 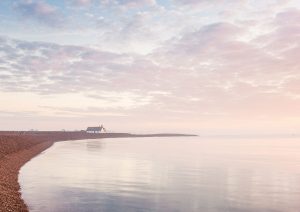 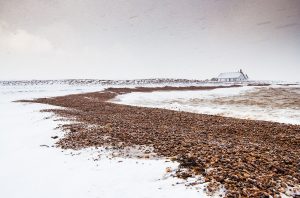 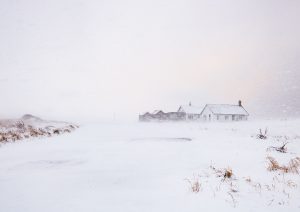